The quality of SPECT imaging is reduced by photon attenuation, resolution loss due to collimator-detector blur, photon scatter, and noise. All these factors limit both the visual quality and quantitative power of SPECT images. Hermia SPECT Reconstruction provides methods to compensate for the effects of the aforementioned four factors by modelling them in iterative reconstruction.

Iterative reconstruction algorithms can be thought of as consisting of 4 different phases (Figure 1):

After phase 4, the algorithm returns to phase 1 if the current image estimate is not yet good enough. The compensations are added to the forward- and backprojectors in phase 1 and phase 3.

Attenuation is modelled during forward and backprojections by assuming exponential loss of radiation intensity:

where I is the radiation intensity on detector, I0 the original intensity and ∑𝑘𝜇𝑘𝑥𝑘 is the total attenuation experienced by a photon inside the patient’s body.

Modern gamma cameras usually have an intrinsic resolution of around 3-4 mm. In addition to detector blur, the finite size of the collimator holes cause gamma camera resolution to worsen with increasing distance to the target (Figure 3). Together these two factors lead to blurry images.

Scatter compensation is probably the most challenging of all the compensations. Scatter contribution is dependent on several factors: activity distribution; attenuation map; camera energy resolution; and energy window settings, and therefore the scatter-spread-function is difficult to parametrize. SPECT Reconstruction uses Monte Carlo based scatter compensation, where scatter inside the patient is modelled during forward projection with Monte Carlo according to the convolution-based forced detection algorithm (Figure 5) [5, 6].

State-of-the-art SPECT reconstruction can be time consuming especially if a large matrix size has been used for projection data acquisition. Hermia SPECT Reconstruction has a GPU (graphics processing unit) accelerated version, where the entire reconstruction algorithm with all the compensations has been written using OpenCL [8]. GPU allows massive parallelization of the reconstruction process, resulting in high speed-up factors as can be seen from Figure 7.

Ordered subsets expectation maximization (OSEM) is the most common iterative reconstruction method form SPECT. It can be defined as:

where j (or k) is the reconstruction voxel index, i projection pixel index, f new new image estimate, f old old image estimate, p the projections and aij the probability that photon emitted from voxel j (or k) is detected in projection pixel i [9]. OSEM reconstruction is degraded by noise accumulation within iterations (see Figure 8). This can be compensated for by terminating the reconstruction process early and/or by using post-filters. Both of these methods can however lead to image blurring and affect quantitation.

SPECT Reconstruction includes several priors that can be used with the OSL-algorithm. These are presented below and illustrated in Figure 9.

The smoothing prior guides reconstruction towards images whose voxel values are close to neighboring voxel values. The penalty factor can be defined as:

Smoothing priors can produce images with blurred edges. Median filtering can provide effective noise suppression without excessive edge blurring. The median root prior penalty factor can be defined as:

where Mj is the median of small subfilters in the neighborhood of voxel j [11].
L-filter prior ‘MAP (MRP-L)’ L-filter prior tries to avoid blocky images by calculating the linear combination of local ordered values instead of the local median. The penalty factor can be defined as:

where Mj = ΣkЄNj ak fkold,(k) is the index of rank ordered voxel value and ak the weight of the voxel at rank location k [11].

where constant γ controls the degree of edge preservation [13]. 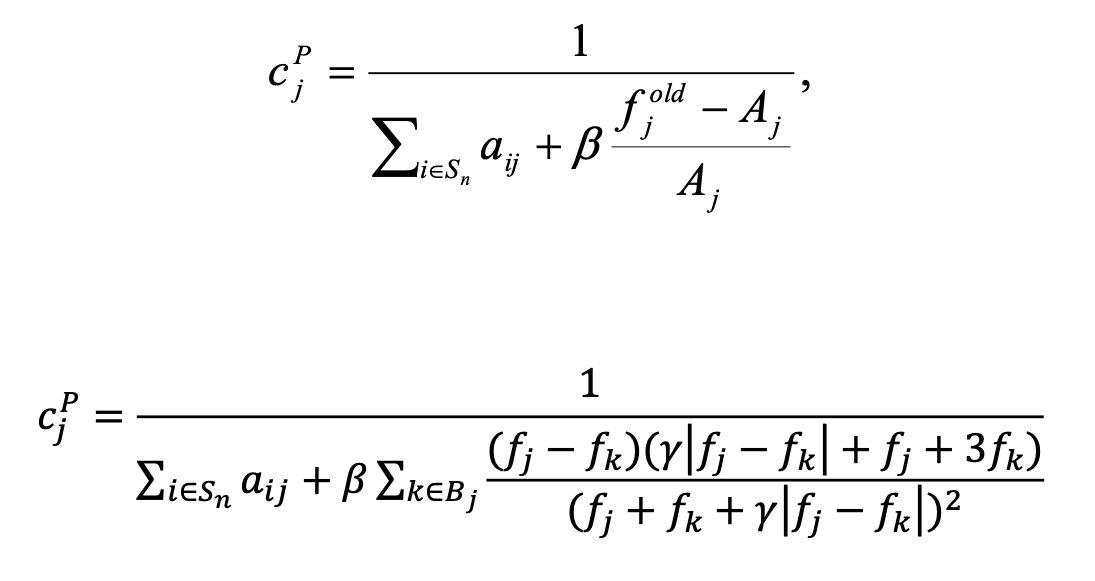 OSEM with temporal filtering is not a Bayesian reconstruction method, but an ad-hoc noise reduction method for gated studies. In this method, the time-activity curve of each reconstructed voxel is fitted with a Fourier series after each iteration. The Fourier series is then truncated so that only the two first harmonics are kept, and the rest are set to zero. The hypothesis is that higher harmonics contain mainly noise. After truncation, the
filtered time-activity curve values are set back into reconstruction voxels [16].

The shift from planar imaging to SPECT can be a big step for the person responsible for reporting the studies. To help facilitate this change, SPECT Reconstruction offers the possibility to produce synthetic planar images from reconstructed SPECT studies. The synthetic planar images are generated by projecting the reconstructed SPECT images onto artificial detector positions placed around the patient and modelling attenuation using the
attenuation map. This reprojection can be especially helpful in lung and whole body bone SPECT studies [2, 17].

The quantitation accuracy is dependent on the reconstruction compensation methods. Figure 11 shows comparison of quantitative accuracy between different compensation methods. The results are from an anthropomorphic phantom scan acquired on a SPECT/CT scanner with spherical inserts of different sizes filled with Lu-177 inside the phantom. Best results were obtained when attenuation, collimator-detector response,
and scatter compensation were applied.

Hermia SPECT Reconstruction-Cardiology performs automatic myocardium detection when a SPECT acquisition study is loaded. The detection algorithm is based on deep learning and uses a convolutional neural network with multiple layers and filters. The network was trained with thousands of clinical myocardial perfusion SPECT acquisition study samples with known heart locations (Figure 12). The algorithm detects the myocardium from anterior and left anterior oblique projections and applies triangulation in order to obtain the location of the myocardium in 3D space.

Hermia SPECT Reconstruction-Cardiology automatically rotates reconstructed cardiac images into short-axis slices. The reorientation algorithm first makes a coarse segmentation of the myocardium in order to remove extra cardiac uptake. After segmentation, automatic 10-parameter registration with a squared difference cost-function to a myocardium model is made. The model was built based on several correctly orientated myocardial perfusion
studies. Final alignment is obtained by extracting rotation angles from the registration parameters (Figure 13).

Hermia SPECT Reconstruction-Cardiology automatically detects the inner and outer walls of the myocardium and shows the cardiac outline on top of CT in order to aid SPECT/CT registration (Figure 14). The detection algorithm is based on ray-tracing and Gaussian fitting of the traced myocardium profiles on the short-axis slices.

Hermia SPECT Reconstruction allows the simulation of SPECT studies with a user-defined percentage of the original counts. The simulation algorithm redistributes the data of the acquired SPECT scan using binomial deviates. The algorithm allows user to choose a fixed or unique seed for the random number generator. A fixed seed always produces the same (random) sample of acquisition data, whereas a unique seed provides unique noise realization.